I biked to the grocery store, bagel shop, and a couple of used bookstores on Tuesday. It was my first errand run on the bicycle since the Project started. Carried a backpack loaded with the following: toolkit (mini pump, tire levers, patch kit, multitool, 3-way metric wrench), a reading book, wallet, keys, phone, assorted pens and pads, gum. Sunglasses would have helped, I quickly discovered. The trip didn’t take as long as I thought it would.

My shoulders and booty were a little sore this morning, and I’ve had to change clothes and take showers a little more than usual.

Project Fail-o-meter Status (on a scale from “Marion Jones” to “Usain Bolt”) : Tyson Gay. So far, so good–no plans to give up any time soon.

How Do I Avoid Becoming A Speed Bump?

I was planning to write something about local bicycle laws today, and on the ride to the bagel shop to have lunch and write this post, I found a perfect way to present the subject. I had to make a choice:

which, under the circumstances, could have also been phrased:

The sidewalk has been a tempting alternative to the road, these past few days. In some areas, it is the only option. For example, one of the main roads in my area is undergoing extensive repaving right now. This effort has been ongoing for months. The asphalt is scarred with lumps, ridges, holes, and cracks. And because they have been slicing the surface off the road, the street now sits lower than the concrete gutters. As a result, the side of the road, the area where a biker bikes, sports a three-to-five inch concrete lip–an angry sidewall-shredder that extends for miles: 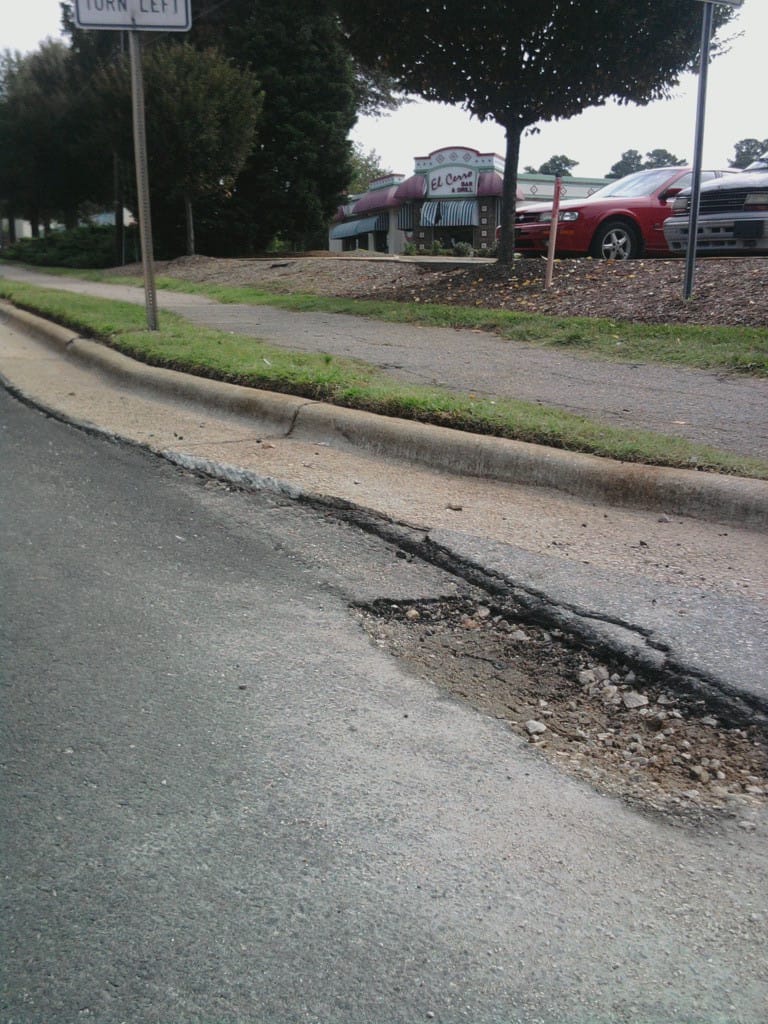 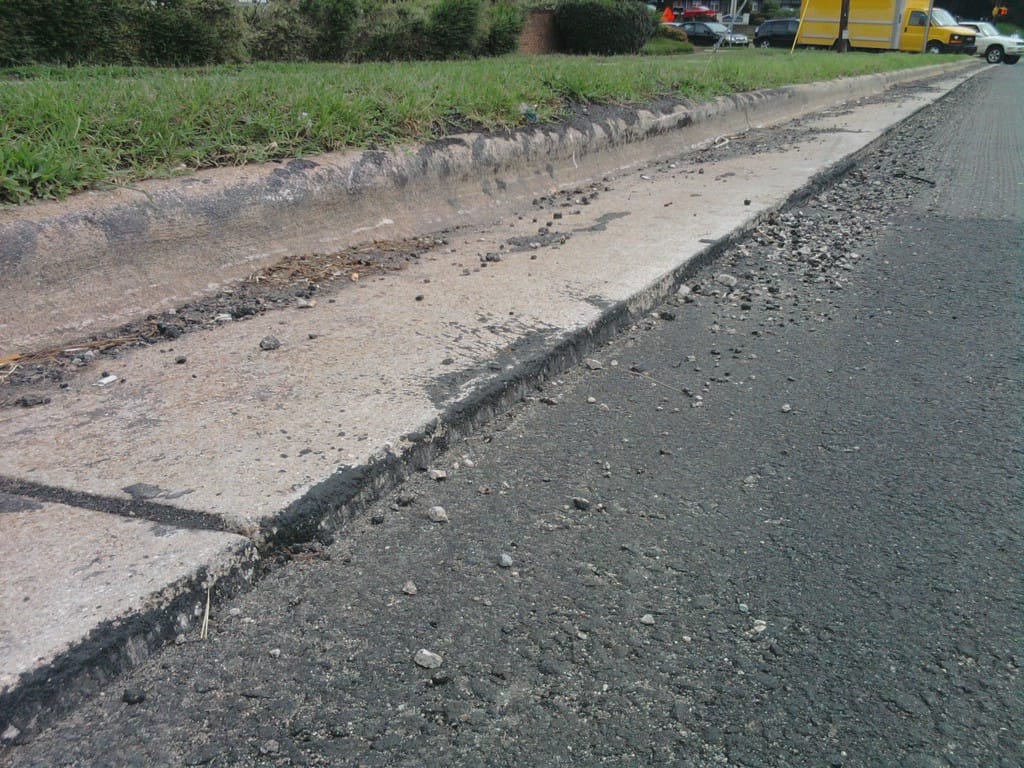 It is not without some irony that this road is one of only three roads designated as “bike paths” in the city. The yellow street signs sporting happy bicycle icons sit alongside signs alerting the motorists with the cushiest suspension systems to watch out for “UNEVEN PAVEMENT.” A comical understatement.

It’s not just right here, either. Nearby Hillsborough Street, the local college strip that runs from the State Capitol to the State Fairgrounds, where thousands of students bicycle daily, only recently got bike lanes. Temporary bike lanes.

So I’d like to use the sidewalk in some places. But I would like to do it legally; how can I be an upstanding, self-righteous cyclist if I’m a reckless delinquent?

In North Carolina, as in many states, the law explicitly says that “a bicycle is a vehicle.” Just the same as a scooter, or a motorcycle. Or a car. So bicycles, like all vehicles, have just as much right to the road as any other vehicle. You have to obey certain traffic laws (stay to the right, use hand signals), and avoid running over pedestrians (or in legalese, use the standard of care of a reasonable person). But you don’t have to get off the road just because that guy buzzing you in his sticker-encrusted Geo Metro with the cherry bomb muffler tells you to.

But, just because you can, do you have to?

Cycling on the sidewalk is neither forbidden nor permitted under our state’s laws. It’s left up to each city or county to decide how to handle such things. In Raleigh, for example, the ordinances state that motorized vehicles are prohibited on sidewalks. By negative implication, then, bicycles are probably OK.

So the question remains. I can ride on the sidewalk. But should I? The sidewalk is frought with its own perils, after all. Crowds waiting for a bus, cars pulling out of side roads, unsuspecting and unpredictable walkers, sketchy pavement. What to do?

Well, the clouds are getting awful dark and thunderesque, so I’ll have to let you know my answer to that another time. Take care, and see you on the road.

Next time: Immanuel Kant and the Necessity Defense, or How to Think About Safe Cycling

Resource of the Day

Bikeforums.net’s Advice for New Commuters: A 28-page (and growing) compendium of advice, from how to pack for the ride, to why you need two bike chains.